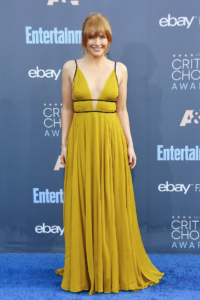 Two Dresses to Benefit HALO Children
OPTION 1:
Stunning red carpet dress worn by Bryce Dallas Howard at the 2017 Critics’ Choice Awards. Purchased at Nordstrom and is by Topshop, size 8 US. This dress has received so much attention. Read here. BID NOW. 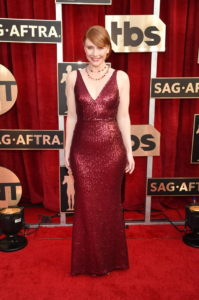 OPTION 2:
Sparkling ruby red carpet dress worn by Bryce Dallas Howard at the 2017 SAG Awards. Purchased at Nordstrom and is by Dress the Population, size small. This dress has received so much attention. Read more here. BID NOW.
Bryce is an American film actress, director, producer and writer. She was most recently in Jurassic World, Pete’s Dragon and The Help. Bryce is currently filming the sequel to Jurassic World. She has been a supporter of HALO since the creation of the Moroccanoil INSPIRED BY WOMEN documentary featuring HALOFounder Rebecca Welsh, which Bryce directed in Kansas City.

Anyone across the country can bid on this dress. Winner is announced March 10, 2017 at 5 p.m. Central.